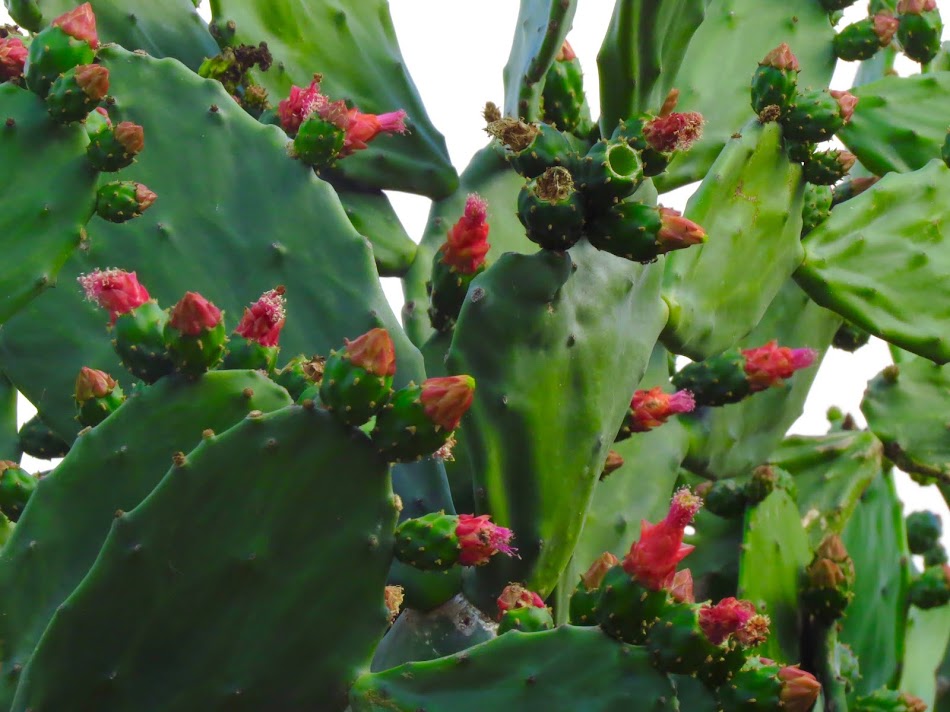 Laurel and I made our last camp at South Llano River State Park. This is another favorite park, both for birding and paddling on the South Llano River. Friends and I usually spent the first weekend in May there where we caught the lingering sparrows, year round specialities, and the peak of spring migration. I remember it for the hoards of singing Bell's vireos, painted buntings, sparrows and many other species. But it is also a fun winter camping place because it used to be the winter roost of 800+ turkeys.

But alas, it too is suffering bird decline. We saw only seven turkeys, when I was used to seeing them everywhere and having a trio of Toms strut down the trail toward us in full display. When I asked, I was told that the staff only knew of the seven Tom turkeys.

But there are four blinds where birds are fed,  and where there is usually moving water, so even in times of few birds, they are concentrated at the blinds, making for lots of entertainment.

Our last night at South Llano State Park was the coldest night we encountered. I got up the next morning and dressed in my long John bottoms and a heavy fleece shirt plus jacket and hat. I took my tent fly to the bathroom and ran the hand drier to melt the ice on it and start it drying. We had to stop several times to go warm our hands while taking down the tents. I had the foresight to pack everything else up with plans to get coffee and breakfast in a warm cafe. When we stopped to eat mid morning, I had to change to a short sleeved shirt and remove my long Johns. It was 70° when we reached Natalie's house in Houston.

Camping is over but the fun isn't done. We have three days of birding and one day of canoeing to go before Laurel has to leave. We just get to sleep in Natalie's beds at night.

Posted by Marilyn Kircus at 2:30 AM