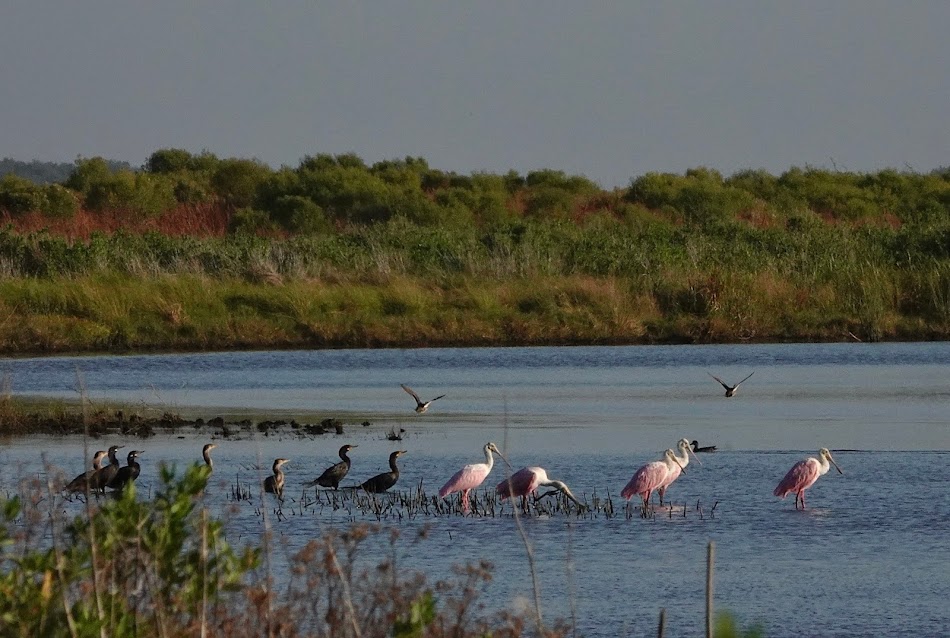 Last Sunday Cindy and I left the house early and took about a two hour drive to and then up highway 101 to Pfeiffer Beach. We had heard that it was open, but the parking lot was closed, so we joined another few score of cars parked off the road. (The day use area opened by the time we were finished exploring the beach and charging $10. So the the couple of hundred extra yards we walked, looked pretty good)

Almost immediately after starting our walk to the beach, Cindy spotted a band-tailed pigeon, then another one. We spotted four in the same area, all pretty far away and not showing their banded tails. We enjoyed more birds in the mixture of trees along the road and the creek as we walked down to a tail to the beach. Both of us got involved in landscapes and little plants and flowers.

Soon I lost Cindy as I went straight to the overlook and she kept to the main trail to the beach  while I investigated little trails that had interesting flowers on them.

Finally I made a determined effort to get to the main trail that led from the day use area to the beach. The trail led down to an overlook, then did a sharp left turn and descended to several landings of stairs,  before finally reaching the beach. I spotted Cindy from the landing, finding lots to photograph so I rushed to join her. We were soon both enchanted with the shelled animals attached to the rocks.


After lunch we drove up a super steep, curving, narrow road  which leads to Hunter Liggett Army Base, then came home down Hwy 101. It all made for a great adventure.


Postscript:  This will probably be my last blog for a while. I'll be figuring out how and where to live, and hopefully work, after my job at Monte Vista and Alamosa National Wildlife Refuges has been suspended for the foreseeable future. I sort of expect I'll not get to be a volunteer anywhere for a few years, until I'm vaccinated against Covid -19.   But I'll blog occasionally when I  have an adventure to share.